Application for registration in the competition is accepted.

Co-ordinator of the project will contact you by E-mail.
OK

Your message has been sent, thank you!

You will receive a response to the following email address.
OK
РУС | ENG
Back
31 October 2016

The exposition of the museum- estate of M. K. Oginsky is presented by 13 halls. But because of time limit senior pupils from Vileyka could examine 6 halls. Guides in clothes corresponding to a historical era of owners of this manor - magnates Oginsky, conducted an interesting tour for inquisitive visitors during which they told about life and activity of the talented composer and the statesman Michal Kleofas Oginsky, helped to feel deeply the spirit of "Northern Athens" - the cultural center in White Russia of the beginning of the 19th century.

During the excursion children got acquainted with the history of the village Zalesye, the owners of the estate Oginsky, examined the gallery of portraits of Oginsky family, the private office of M. K. Oginsky.

In "Billiards room" children with interest examined furniture, tapestries, engravings and maps, a big billiards table of the 19th century, heard the story of the guide about the purpose of this room.

Then pupils were invited to a musical auditorium where before all visitors of the museum and residents of the agricultural town with a concert "All the best for you" performed National chamber orchestra of Lida music school of arts. Musicians performed miniatures from classical operettas,  polonaise No. 2 G major M. Oginsky , popular variety songs and music from movies.

- In our collective, which recently celebrated the 30-th anniversary, there are 15 professional musicians and four soloists now, - told the audience Irina Iosifovna Vasylyk,the head and the conductor of the orchestra. - The huge contribution to the creation of the repertoire of the orchestra bring arrangers - Alexander Symanovich and Vladimir Ryzhenin. The collective works hard with soloists-vocalists and soloists-instrumentalists, its repertoire is constantly replenished, the orchestra participates in many town holidays and actions. In 2013 our collective took the 2nd place in the international Internet competition in Serbia.

In conclusion of the concert the head of the orchestra wished all audience happiness and peace, thanked the priest father Vadim Ruban and the museum director for an opportunity to perform in this famous estate of the composer Michal Oginsky.

Pupils of boarding school left the museum- estate inspired and joyful, overflowed with emotions. All they unanimously thanked Natalya Svidunovich,the head of the project ''Children'' of the Foundation in the name of St.Euphrosyne of Polotsk, for this  event and wished to take part in excursions in other famous museums of the country. 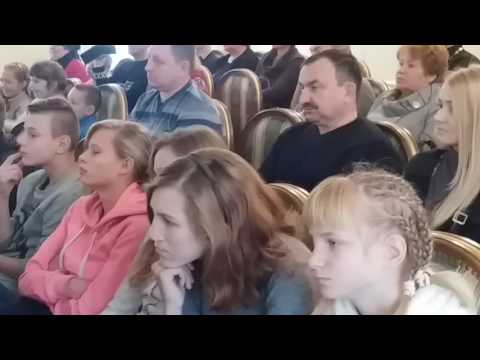 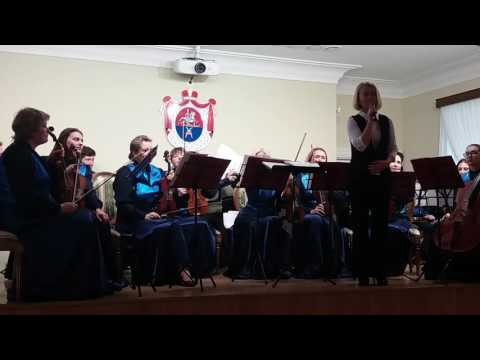 Other events of the project

Work is done,time for fun.

November 10, 2016 was organized a fun show for pupils of the first class of Radoshkovichi boarding school for children-orphans and children left without parental care. By invitation of the Foundation in the name of St. Euphrosyne of Polotsk artist of the original genre Jakov Klimchuk showed the children entertaining tricks.

ALL EVENTS OF THE PROJECT
Вверх

Do you want to help? Join us